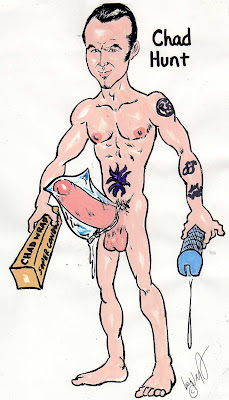 I met Chad Hunt at a Will Clark BAD BOYS POOL PARTY in LA. I think it was 2001 as I don't recall 9/11 as having happened yet ! My friend Heath was Anxious & Excited to meet this cute, skinny guy near the greeting table ! I, on the other hand, didn't know who 'Chad Hunt' was or what he was famous for, so my own enthusiasm was fairly low. Chad was very nice to us both & let me take a photo of him with Heath, but I didn't have my pic taken with him ! BIG MISTAKE ! And one I regret to this day, but I was on the hunt ( No pun intended...) for Bryce Pierce, who was also there that day ! The irony is that Bryce Pierce's films became more & more fetish-ist, so I sort of lost interest, whereas Hunt would steadily knocked out primo performance after primo performance, gaining in me a Permanent Fan !!
Well, sir, that was a Lesson on Me; alright !! LOL !
Posted by CManArt at 1:08 AM 4 comments:

Of Class, Croquet & the Gardener Cruz !!

Sittin' round this weekend, wondering how the Other Half Lives, lead me to wonderin' how they might also Get Off, too !!
ENJOY !!! 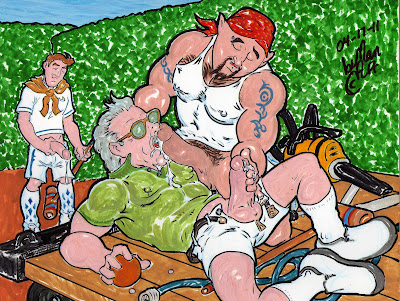